Mr Daniel Agyenim Boateng is a native of Tano Adwumam in the Kwabre East Municipality. The Municipality is noted as the best place for Quality Kente and crafts. Politically, Kwabre East municipality is among the top three (3)strongholds for the New Patriotic Party (NPP)

Mr Daniel Agyenim Boateng started his education with St. Benedict School where he got his basic education and Went to KNUST senior high school for his secondary education. He again , went to Kumasi Technical institute (KTI) for another secondary education in technical field of study .

A lot can be said on Daniel Agyenim Boateng as a formerAformer Regional deputy and Main Organiser. It’s in his time, he rescued the New Edubiase and Tepa Seat for NPP. 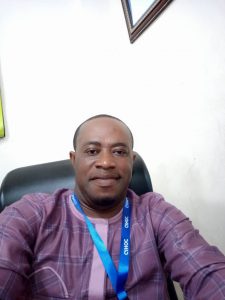 Daniel is much Passionate with Grassroots campaign, he again initiated Rural Campaign with Doctors and nurses Association.

Daniel Agyenim Boateng has been appointed as Member of V20 Project campaign team in the Ashanti Region as well as Member of Rural campaign team and Danny, want to take this medium to send a strong message to the biggest opposition Party National Democratic Congress (NDC) that he is going to rescue Sekyere Afram Plains and Ejura Sekyeredumase Seat for NPP In the upcoming 2020 general Election.

Riders Rally Behind Mahama With ‘Get Okada Votes’ Campaign

KNUST: How To Apply For The ‘One Needy Student, One Laptop’...

The Easy Guide: How To Get A Student Loan In Ghana