Today, we present to you the senior high schools that have defied all odds to register their names as a category ‘A’ school in the Eastern Region.

When it comes to Senior High School education in Ghana, the Eastern Region also boasts of best schools offering quality education but unfortunately, only 9 out of the numerous senior high schools in the Region are “First Class Schools”.

This article is meant to serve as a guide to students or parents who will look for category ‘a’ schools in the Eastern Region for their wards.

Here are the category ‘A’ Schools In the Eastern Region. 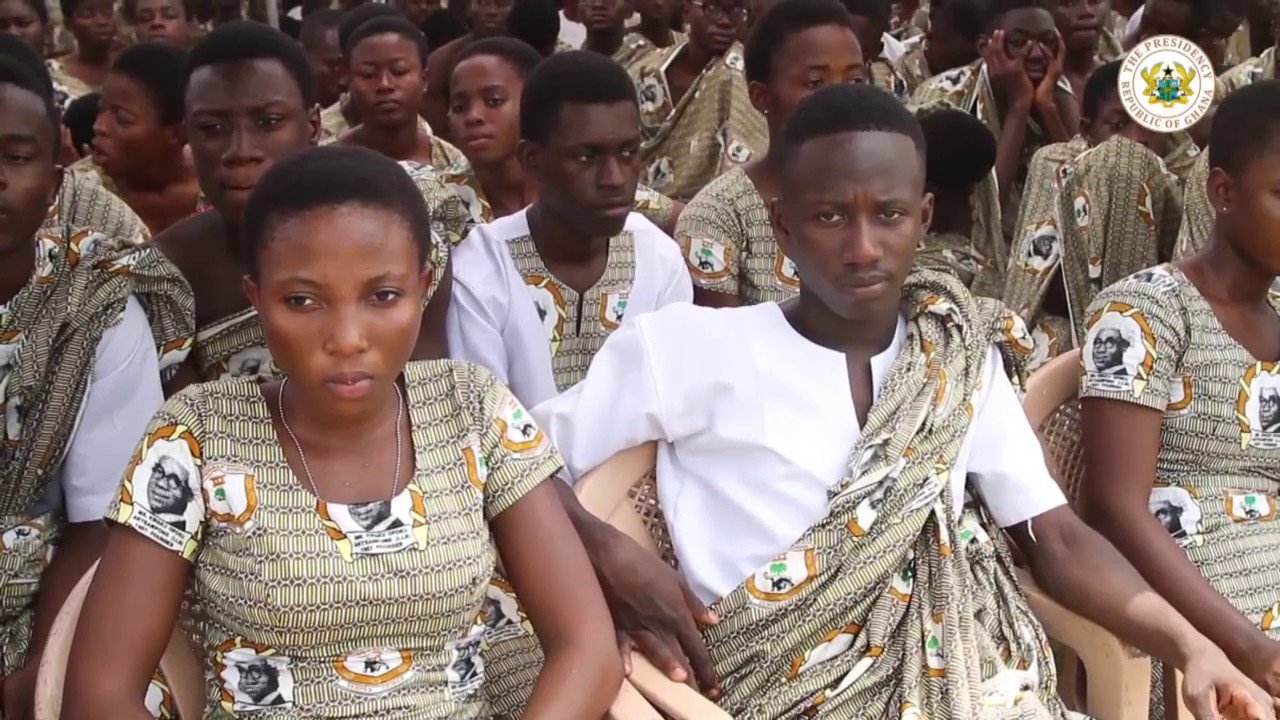 Okuapeman Senior High School is a coeducational second-cycle institution in Akropong in the Eastern Region of Ghana.

The school was established in 1957 by barrister Charles Opoku Acheampong, who had been a pupil in the chambers of Edward Akufo-Addo. The school has about 2,500 students, including special students. 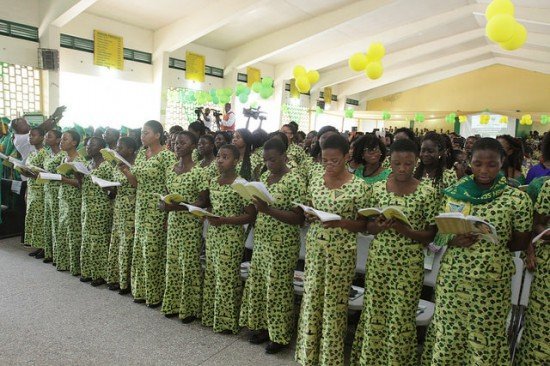 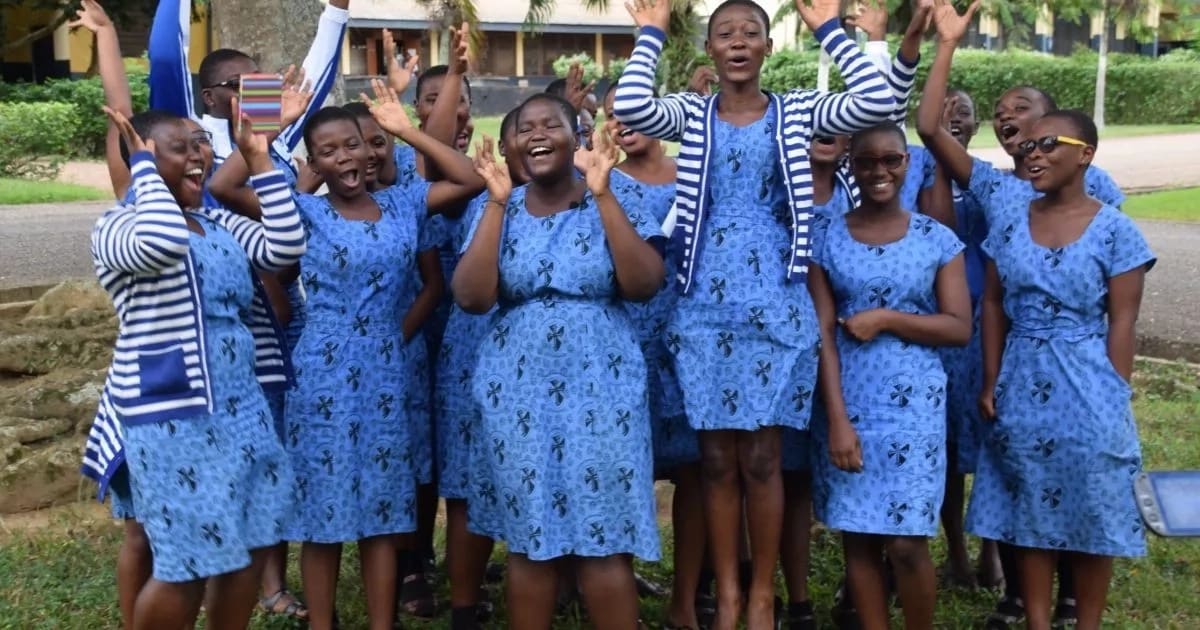 St Roses Senior High (Rosec or Roses) is an all-female second-cycle high school in Akwatia in the Eastern Region of Ghana. 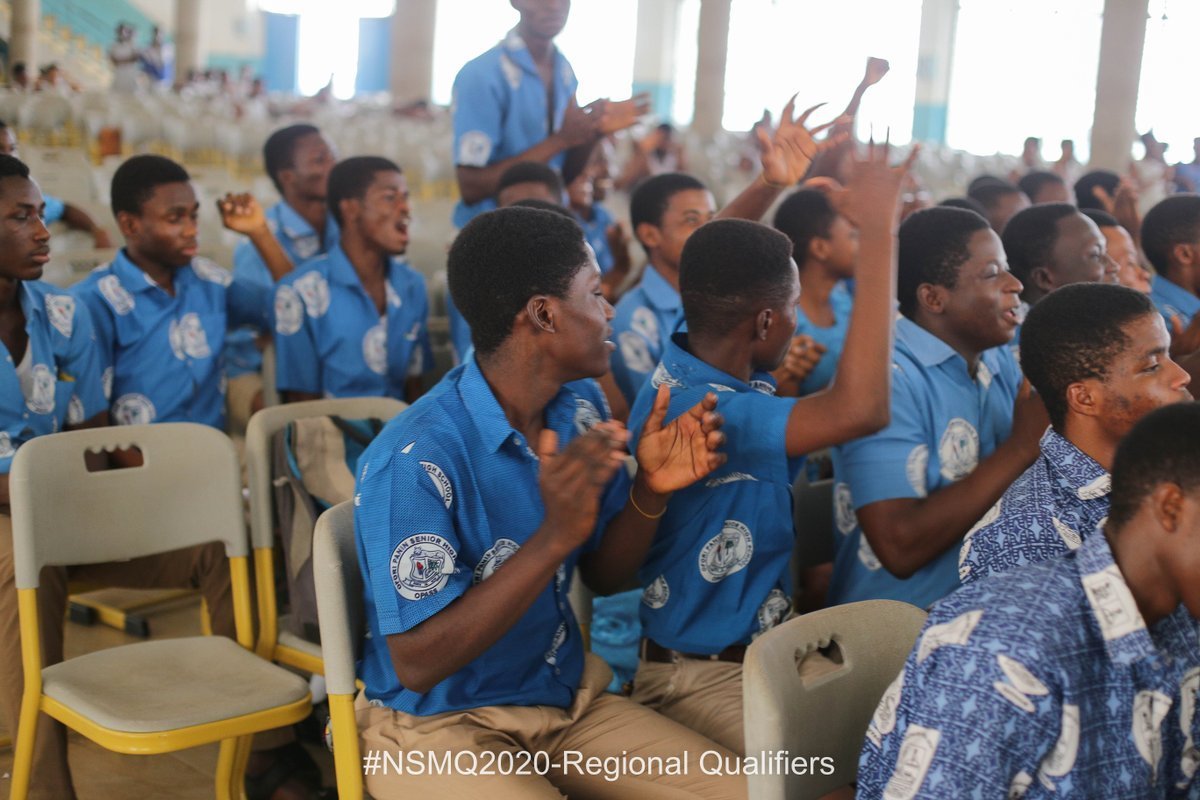 The foundation stone of the building was laid on 19 May 1962 by Hon. Kofi Asante Ofori Attah, M.P. for Akim Abuakwa and Minister of Justice at that time. An alumnus/alumna of Ofori Panin is known as an “Opassian”.

The motto of the school is “Dwen Na Som” meaning “Think and Serve”, a reference to the founders’ expressed the philosophy that starting in the context of school life, male and female, everyone should serve with a thoughtful mind and be ready and willing to serve yourself, your school, family, nation and the world at large.

The school crest was designed using the leopard and other items. The leopard signifies strength and intelligence, a torch, which shows light and brightness on the path to victory, a cutlass that represents the farming community of Akim Abuakwa, a tree signifying the rain forest of Akyem Abuakwa which provides fertile land for the production of timber and cocoa, the backbone of Ghana’s economy.

St. Peter’s Senior Secondary School, or PERSCO, is a Roman Catholic boys’ senior high school in the Eastern Region of Ghana. The school was established in 1957 by the Divine Word Missionaries (SVD). The school is located in the town of Nkwatia Kwahu on the Kwahu Ridge. 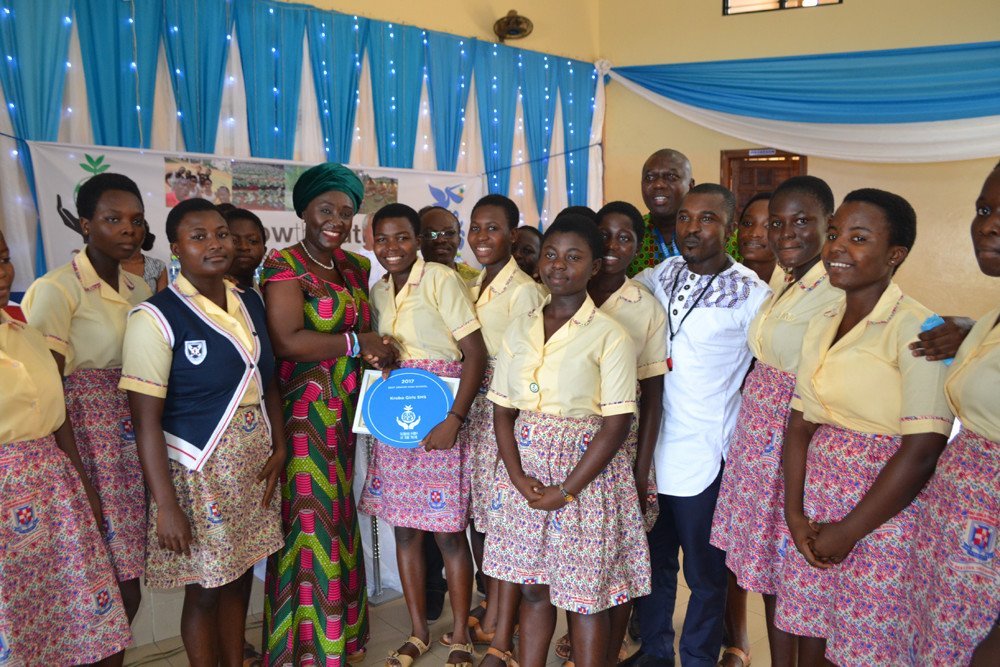 Krobo Girls’ Senior High School is an all-female second cycle institution in Odumasi Krobo in the Eastern Region of Ghana.

A two-year teacher training college for women was added to the girls’ school in 1944 on an experimental basis under the accelerated plan of the government.

The College was then constituted a Certificate B Teacher Training College for women in 1951 under the management of the Presbyterian Church of Ghana.

In 1962, the two-year teacher training college was changed to a four-year certificate A Teacher Training College for women and in September 1973, the Krobo Girls Middle School was phased out while the training college was converted to a girl’s secondary school, under the consolidation of Teacher Education Programme by the Ministry of Education. 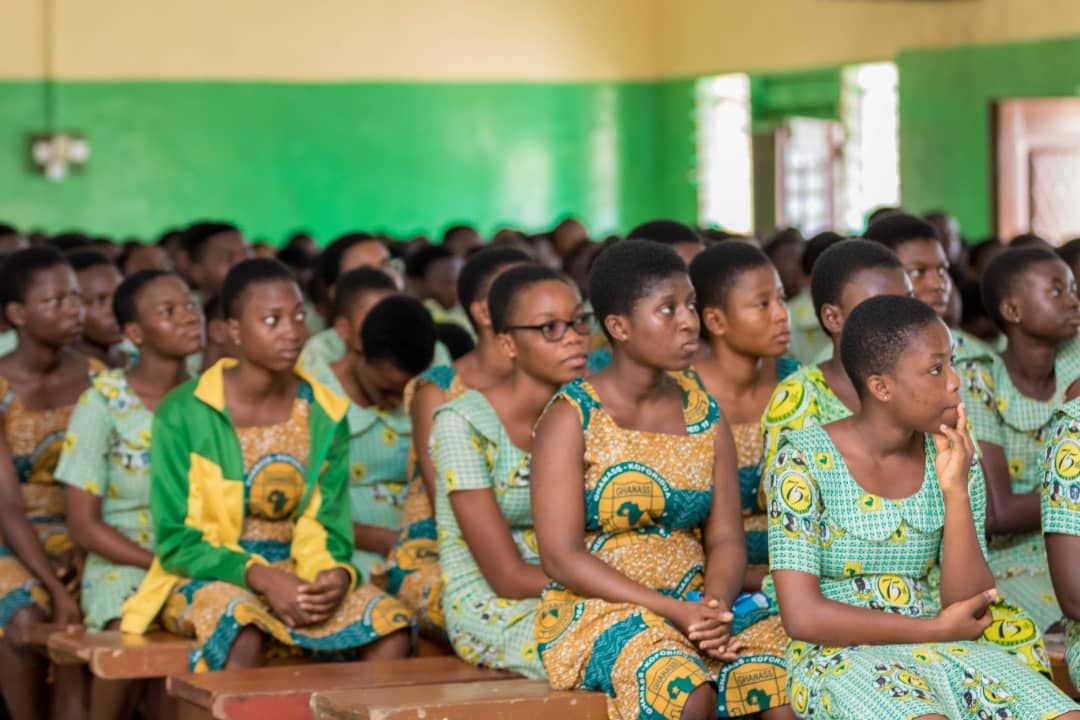 Ghana Senior High School, Koforidua, popularly known as GHANASS, is a high school in Koforidua. It was preceded by the establishment of two colleges that ultimately combined into what is currently known as The Beacon of the East.

In 1943, Mr. Fred Addae and Mr. Francis Adjei Tetebo established a school with an initial population of 16 boys called Phoenix College in a private temporary building. By 1950, an increase in student population necessitated the movement of the school into a new location which currently houses the Normal Technical Institute, Koforidua.

The change in location brought in its wake a change in the school’s name from Phoenix College to Christ College. The location of the premises had to change again after some time to respond to the increasing student population.

Thus, the school moved into Effiduase where it was housed at the current premises of Effiduase Police Quarters in Koforidua, Ghana.

This was made possible by the efforts of Rev. Dr. Nimako, the first MP for New Juaben Constituency, Mr WT Wutor, a contractor and Nana Frempong Mposo II, the then chief of Effiduase. During this period, Mr. Francis Adjei Tetebo was the Principal of the college. Mr Fred Addae the headmaster had then died. 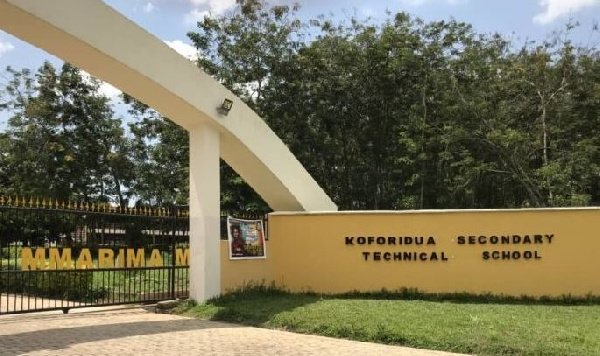 Koforidua Senior High Technical School, also called Sec-Tech, is a Senior High School located in Koforidua in the Eastern Region of Ghana. As of December 2011, the school has over 2,200 students. The school existed as a Boys School since its establishment, until recently few girls were introduced of about 5% of the overall students population.

Because of the initial boy population, the slogan Mmarima Mma really sufficed which means when transliterated, Sons of Men. (It is an Akan (Twi) language.)

The number increased much within the time-period of the 4-year schooling program that was introduced by the Ghana Education Service. Sec-Tech has over 120 active teachers and about 90 non-teaching staffs who are dedicated in providing the best available services to their students.

The school is headed (known as Headmaster) by Mr. S.P. Foli (the first old boy to be appointed)who took over from Mr. Bempong J.K who hails from Akwatia (as at the time of writing), born in 1953.

He headed this institute for over 9 years. The school has the largest stretch of land in Koforidua, if not the whole of Eastern Region. Most and bigger sporting events are held often in the school because of her spacious environment. 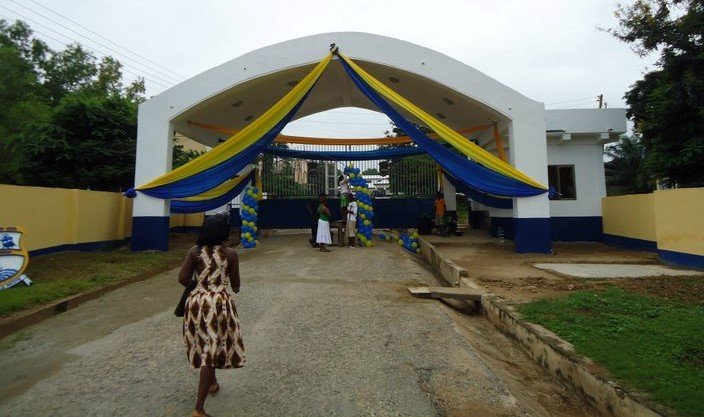 Pope John Senior High School and Minor Seminary (formerly St John’s Seminary and College, nicknamed POJOSS), is an all-boys boarding school, located at Effiduase, Koforidua, in the Eastern Region of Ghana. It was established in 1958 by Bishop Joseph Oliver Bowers SVD as a Catholic seminary for boys who wished to become priests.

Students are offered courses such as general arts, general science, business and visual arts to pursue and after their stay in the school, sit an external examination called the West African Senior School Certificate Examination to be placed in any of the tertiary institutions in the country.

The students of the school are usually referred to as Pojomma while the alumni are addressed as Pojoba, into which they respond Daasebre. Since its establishment in 1958, the school has achieved many successes and has produced great men for Ghana and the world over. There are 2100 boys in the school.