The law says those convicted of raping a child below the age of 14 should be surgically castrated and given the death sentence.

Where the victim is over 14 years, the law provides for surgical castration and life imprisonment.

In rape cases where the victim is under the age of 14, a medical report will be necessary to corroborate the allegations.

Child rapists will also be listed on a sex offenders’ register to be published in the media.

The governor confirmed he had signed the law in a tweet on Wednesday evening. 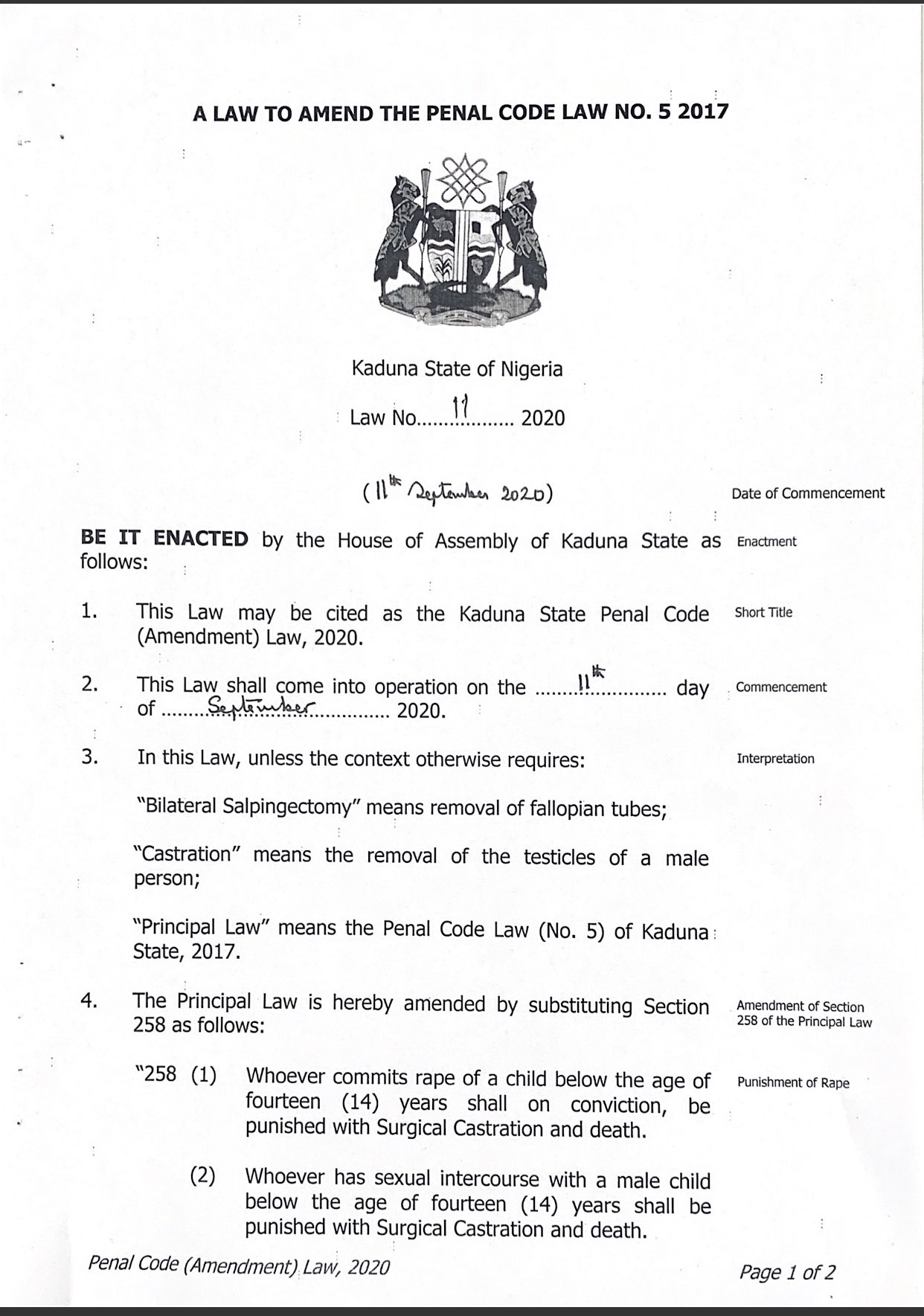 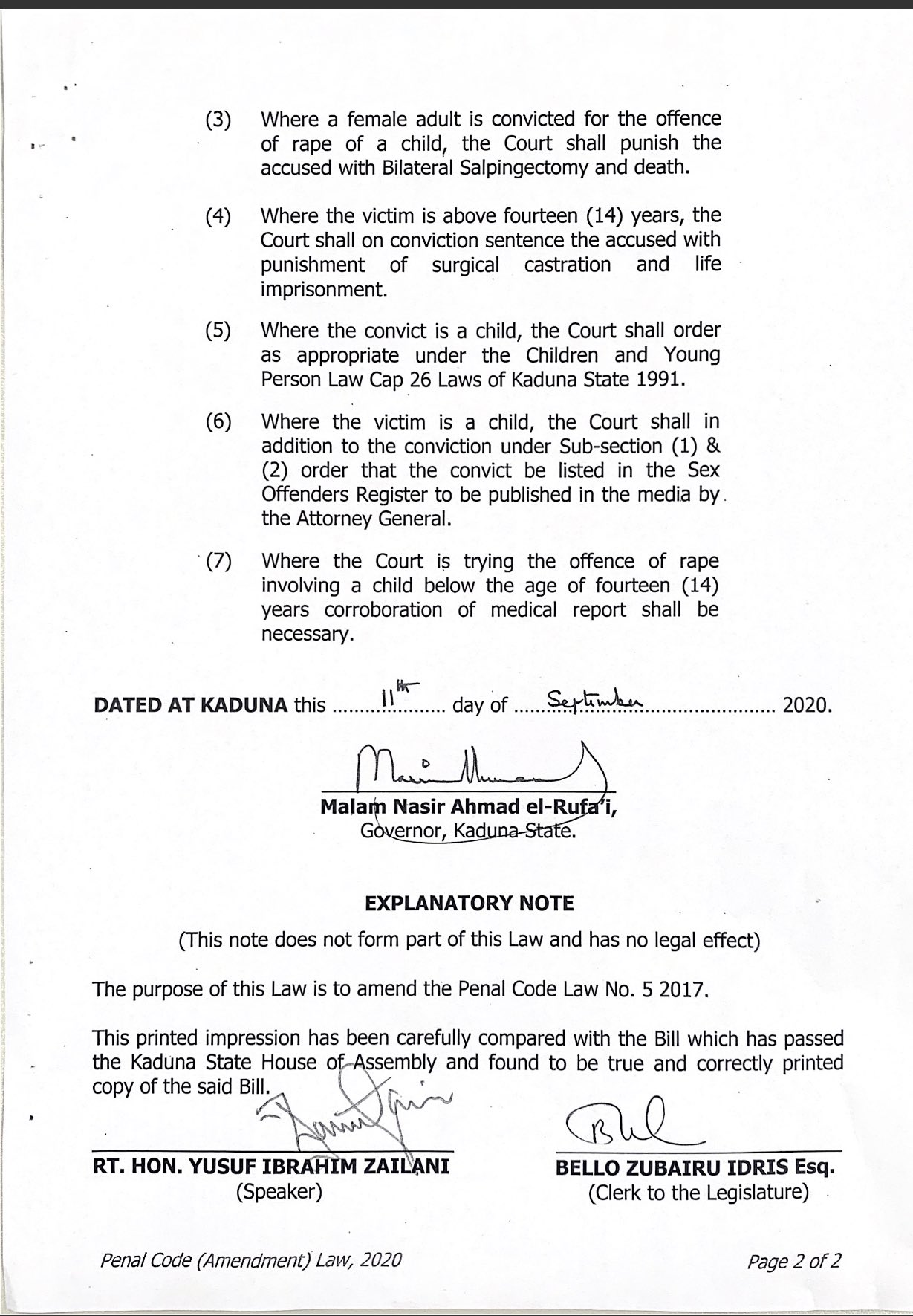 Kaduna is the only state in Nigeria with such legal provisions on rape.

There has been a growing public outcry over rape across Nigeria in recent months. Although there have been numerous arrests, the number of convictions is believed to be low.